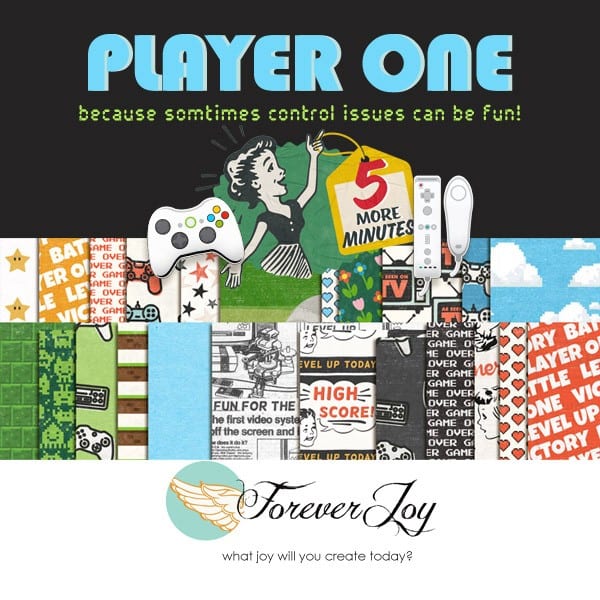 Ok- I’m going to get into a tricky subject here- and I know many may not agree with me. It’s a polarizing playground talk point- but I have decided to come forward and speak up- my children play video games. More than 20 minutes a day. And *gulp* sometimes, I take secret joy in the fact that as they battle bosses and level up- I get some uninterrupted time to do things like, write this post. Or, you know, do that design thing I do.

Of course they do things other than X Y Up Down- they play football, get awards, play with friends, swim in pool, and other awesome photo-op kids stuff.  And I proudly pop those onto my Instagram feed.

But, I got to thinking as my little guy finally won against a level he had been working to beat- after watching a bunch of how-to videos and reading articles and forums and chatting with his friends- this is a big thing in his world. And I should capture it and tell the story of it. 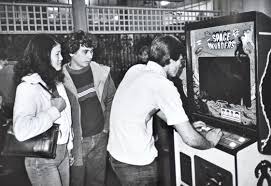 I mean, I would give anything to have a picture of pre-teen me at the record shop around the corner, clicking my quarter down on the Centipede game to declare my spot- or a shot of my initials on Space Invaders (you know- those times I didn’t use the three allotted letters to spell something naughty.) How cool would it be to have a photo of the first time we gathered around a Pong game and watched that little blip bounce around the screen? 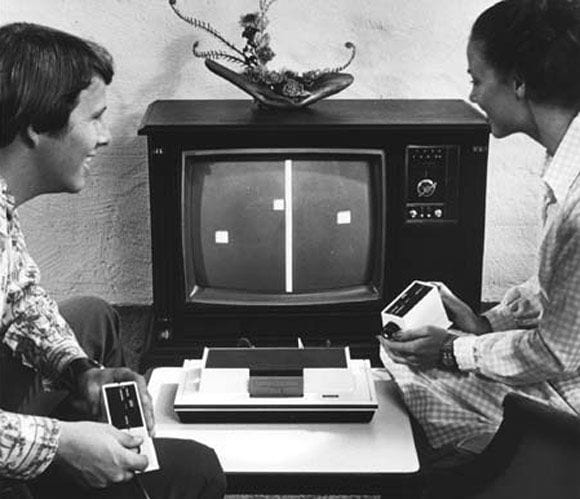 And yes- my parents told me I was wasting my time playing those darn games, spending the quarters I earned babysitting just to make the high score- that’s what parents are supposed to do. But, they also let me play. And those were some pretty fun times!

So- I decided to create a design that lets us actually celebrate the gamers we love and hi-5 their victories and give a look into a part of what makes their days fun!

The design is called PLAYER ONE and it’s full of the retro vibe I love- and cool gaming elements that my boys have declared are worthy of them pausing their game to let me take a photo of them! 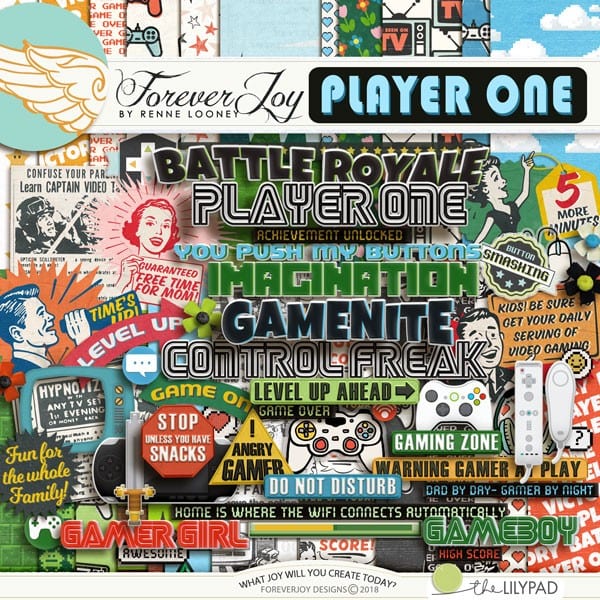 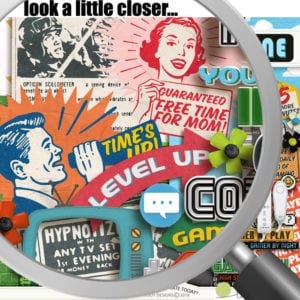 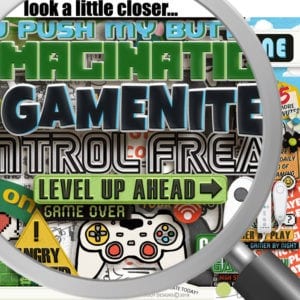 So? Will you join me and declare your love for a Gamer? (Even if the game- meh- not so much?) And did they inherit that Gamer gene from you and your early 8-bit crushes? Let me know! 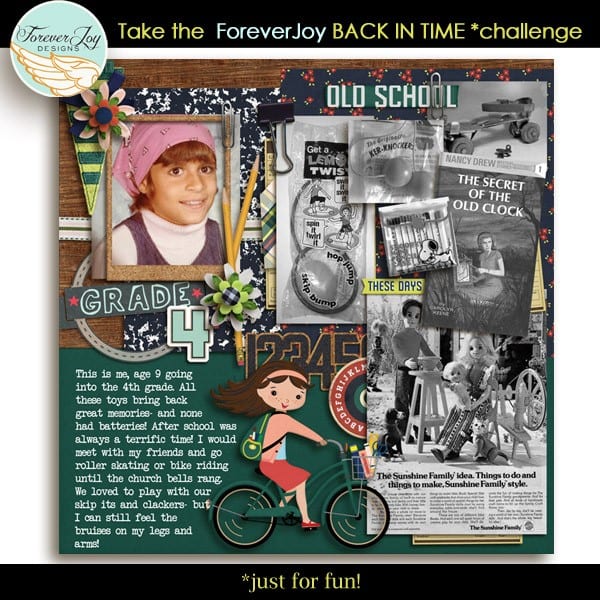 Going Back in Time to Go Back to School 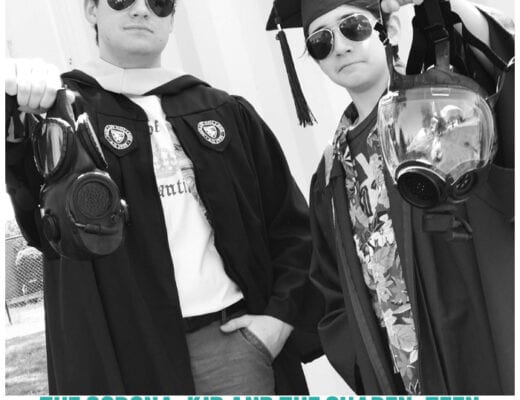 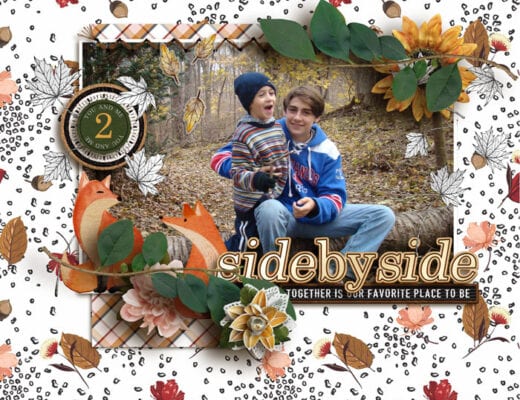 LOL! I can’t believe you wore out that many pads! – you made me think that maybe I need to bring back the Wii nights in our house- I miss those too!

I used to play Rogue Squadron a Star Wars with my son on our computer, it was so much fun. I wish I could remember what gaming system my family had way back in the late 70’s but even my mom played. We played SO much Dance, Dance Revolution we wore threw at least two sets of pads. My girls got quite good at it. We went to Disney and they were bickering, we came upon DDR and they got on and, next thing you know it, there’s a bunch of people cheering them on. I played Where in the World is Carmen Sandiego on our computer way too much. Since my older girls moved out, I miss family Wii game nights.

Thanks so much Gabbe! Mario will always have a special place in my heart too!

Gamer Mom here too! We love video games- here at our house we play lots of Mario games together- so fun!! love this new kit!

I am a sucker for a great story too! I think that really adds alot to a game! 🙂 You GO Gamer Girl!

I LOVE this! I think there are lots of good memories and times that can come from gaming. + how cool to play with your dad! (and I’m so sorry about your loss- I know it hurts-)

I was a Pac Man fanatic! My dad and I would hit the shopping center in MN on Saturday mornings. We would line up our quarters, get doughnuts at Byerlys and play all day. We knew the patterns and were always trying to better each other. What I wouldn’t do to have that time back again now that he’s gone. Watching my son play, get so involved with his friends online brings me joy. I love that there are books about gamers out there, that interest him. He finished Ready Player One in two days and he’s 11. He LOVED it!

I’m a gamer girl, I grew up with 2 brothers and we had an Atari a MSX computer and later a Nintendo and now I game on my laptop. Not all the time, but I still love it! Retro games (Curse of Monkey Island, Myst and Day Of The Tentacle) but also new ones. I like good visuals and great storytelling mostly. And one of my favorite books is Ready Player One!

I will definitely join you in declaring that I let my kids play video games! Can’t wait to see the full reveal!