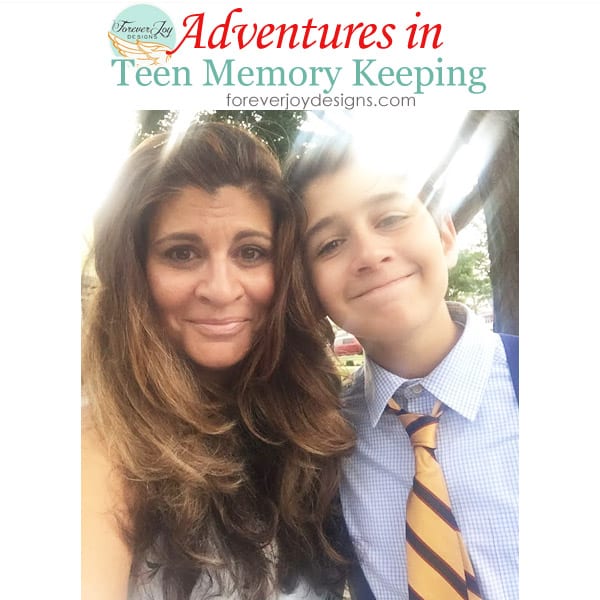 Last week, I found myself  locking horns almost every day with my 13 year old, Liam. Everything I said to him seem to be an annoyance, and the angst seemed to be something out of a poorly written sitcom.

This was the little boy that would never leave my side. He was always my little buddy. At eight years younger than his brother, he is noticeably the little guy in the house.

Over the weekend, I was sorting through old photos and feeling very melancholy for the little boys in my photos that seemed to be gone forever. The ones who loved to spend every moment with me, who gave kisses and hugs so freely and who would happily spend there days doing anything- so long as I was close by. Little boys lost.

Liam walked by the room and I called him in. I asked him for a hug, because man I really needed one, and you would think I asked him to chew my gum. The eyes rolled, the sighs thundered and he did some weird bend over thing that was a half pat, half bow and started to walk away. Of course I called him out on it-

“Hey! What the heck is that?” I asked in shock/horror

“Mommmm…. whaaattttt? Come on– you are so cringy!” He said, creeping away from me like I was a predator from Dateline.

“Kiddo, you seriously can’t hug me? Are you kidding? GET IN HERE and HUG ME the RIGHT WAY!” I demanded in my not so lovable way.

And then he let loose. He yelled- actually hollered- he was not a baby! He was was a teenager– and that I always treat him like a baby and he hates it.

This kid never yells, but here he was, letting loose on me in a volume and tone I have never heard. *deep breath* Now look, I know we are all stressed out with the lock-down. With graduation on hold. With not being able to see out friends and family or find the things we’d like in the stores and with the constant insane symphony of bad news on the radio and TV- and I’m sure some of that was the reason why he was so very stressed out.  But I also know it was only a little part. I love hi too much to write it off with that easy answer.

I looked at my desk with the photos of my little boys, and then up at the teen in front of me. He was not a little boy anymore. And even though he’s the little one of the house, he’s not really that little.

The way I have been talking to him and treating him was outdated.  I was living with the ghost of the little boy he was, and not truly seeing the teen he is now.

It’s fine to look back on the chapters we had before, but every good story progresses.  And though they build on each other, every chapter is different from the last. This story of Liam is constantly being told- and I was getting stuck in that chapter called childhood and missing out on the new one that is all about this kid becoming a young man.

It was almost like I was in the 6th sense, not realizing I was no longer the parent of a little boy.  Scary- but only for me. Liam has been waiting so patiently for me to catch up to his chapter.

And what’s surprising for me is that once this all hit me- I actually felt a little bit at peace with it all. It was like an ah-ha moment. A click- and I adjusted my perspective a bit.

About 2 days later, I was in the kitchen making dinner.  I very consciously held back from asking him to sit with me and tell me about his day in the same way I have done for so many years.  Instead, I asked him to get me an ingredient from the top shelf.  I’ve never done that.  Heck- I’m still (a little) taller than him.

I swear his voice dropped an octave, and he said, “Sure” and stretched in a way I know hurt- but grabbed it and then asked if I needed it opened. I let him. He was happy.

I’ve pulled back a little and also moved forward a little – talking to him less as a child and more as a young adult.  I ask his opinion more and I actively listen. It seems the more space I gave him to fit into this new role of a bigger kid- the closer we have gotten.

So, even though I still love my “ghost stories” of the little boys I once had at home, I don’t let them haunt the days and stories we are living in right now. 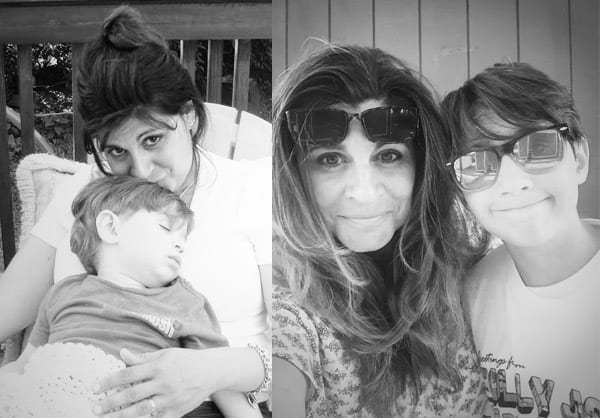 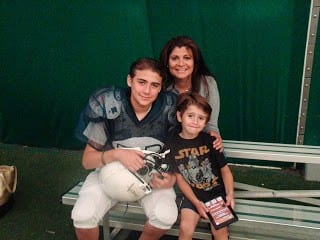 How you play the game…. 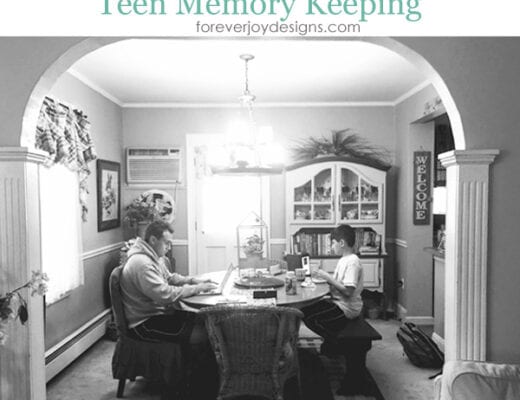 Documenting Teens | Arm Yourself for Battle

That made me smile Laurel- thanks for letting me know 🙂

It was serendipity, I stopped to read this article. It made all the difference. Thank-you.

[…] These days, that once little guy is not 13 and approaching High School. I wrote a little about all the feels associated with that here, in “A Mama’s Ghost Story”.  […]